And so . . . summer comes to an end.  The last time I posted was the week before the official beginning of summer and now I am posting the week after the official ending of summer.
And somewhere in there, we had a summer.
I think.
Fortunately, there are images captured digitally that assure me that despite feelings to the contrary a summer was experienced and enjoyed. 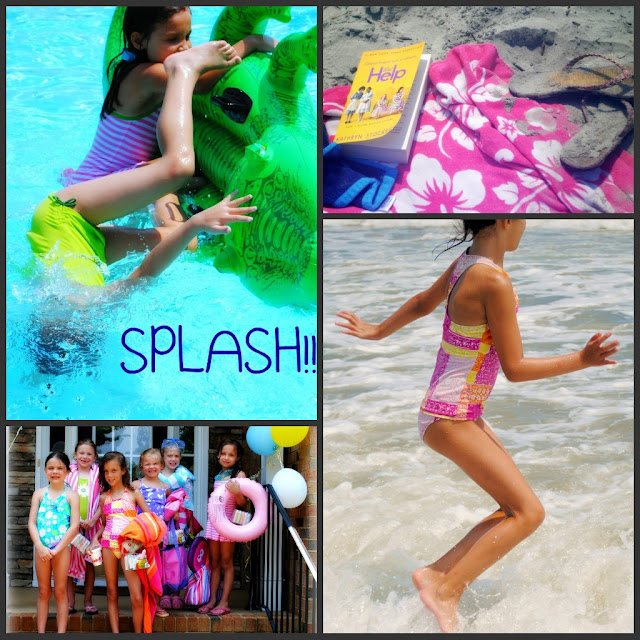 There was lots of time ker-splashing at the pool; books were read; a pool party was hosted; and we spent days toasting ourselves in the sun and breathing in fresh sea breezes. 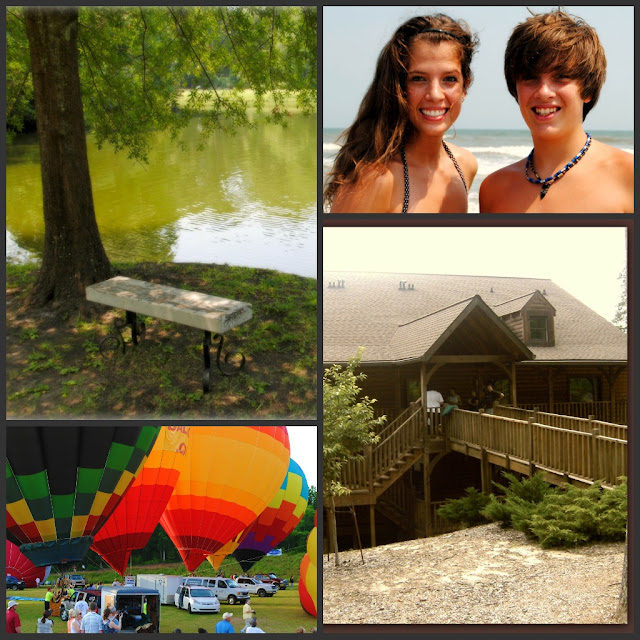 There was time to take morning walks all summer and enjoy peaceful nooks; Oldest Daughter got launched on her way to a college degree; we cheered for the liftoff of hot air balloons; kids were dropped off and picked up at camp. 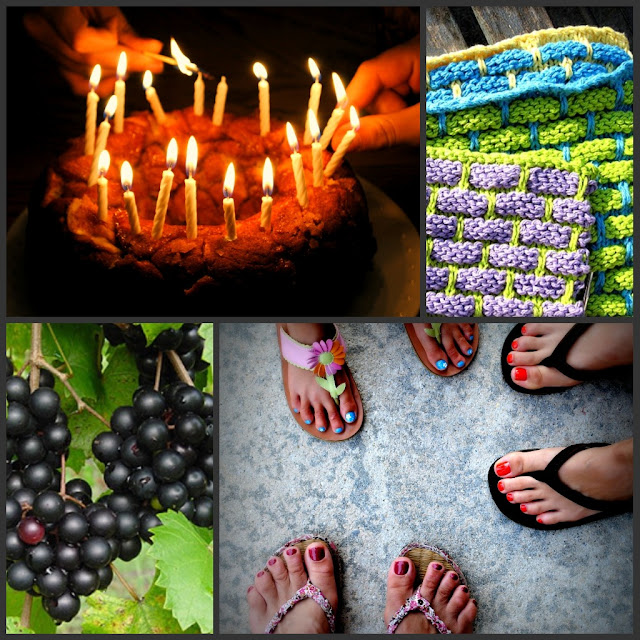 Birthdays were celebrated (this one with a Monkey Bread birthday cake); a bit of knitting was accomplished (love the Ball Band pattern!!); late summer scuppernongs were savored (someone in the family ate a gallon in 36 hours . . . not saying who but I might have felt slightly tipsy for a day or two); mom and daughter pedicures were enjoyed (although I will decline any further photography with Oldest Daughter's long and elegant feet/toes next to my very prosaic and functional feet.  ::sigh::

And now I can feel the cool air of fall around the edges of the day and a gray, drizzly rain slides down the windows.  This is my season.  I embrace it!

But it is nice to know that somewhere in the last 3 months . . . we had a summer.
Posted by Shelley in SC at 9:55 AM 3 comments: Links to this post