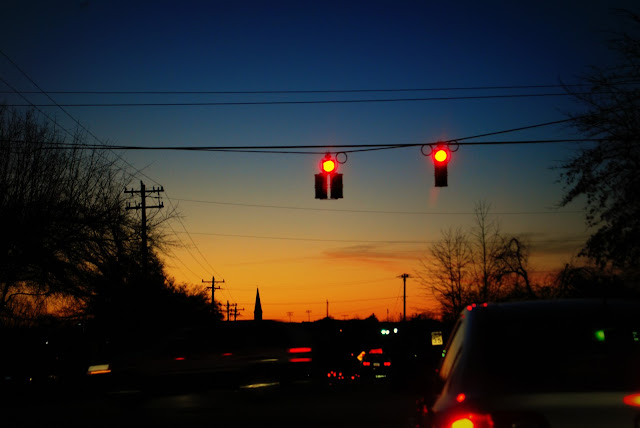 2011 said "good night" in a blaze of fuschia, orange and gold.  And surprisingly all but one of us are home!!  We had a NYE party invitation . . . fun times out in the country, munching on "breakfast for dinner," warming ourselves by a roaring bonfire.

But this year, I wanted none of it.  I wanted the calm four walls of my house, where I could sit and stare at one of those four walls if I so chose.

As it turns out, I am instead choosing to play King's Corner; layer crumbs, pecans, chips, coconut and sweet milk for the ever-popular Magic Bars; and watch the glittery ball drop at midnight.

It's good to be home tonight.