There was one more find that came through the door after my flea market spree. 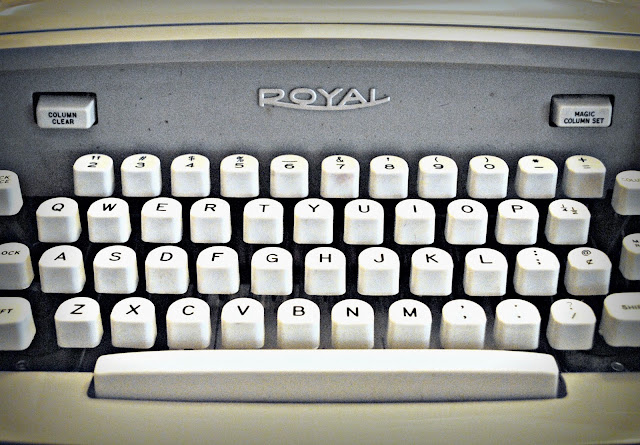 When I opened it up, the children stood around in awed silence.

They waited for a screen to appear above the keys.  None did.

"Does it come with paper?" one asked after awhile.

The next several hours were filled with jostling back and forth, jockeying for a turn on The Wonderful Machine.  This was mixed in with chimes of discovery:

"Hey, if you hit the keys too fast, the letter arms get stuck together!"

"Wow . . . when you press the silver bar on the left, the paper rolls up to just the right spot so you can start typing on the next line!"

"You sure have to press hard on these keys to make them work!"

It was as foreign to them as creating butter with a churn.  As fascinatingly unknown as exploring Eli Whitney's original cotton gin might be.

And I was amazed that something so common and unremarkable from my childhood should be an object of such awe, wonder and marvel to my children.

A similar typewriter sat on my grandma's table, and she routinely drummed out fascinating letters to her children and grandchildren spread out over the globe.  I feel pretty sure some model of manual typewriter was probably in a closet somewhere as I grew up, as un-exceptional and ordinary as the folding chair leaning up next to it.

But now, being brought face to face with a 1963 Royal, my children felt like explorers investigating an artifact from some past culture. 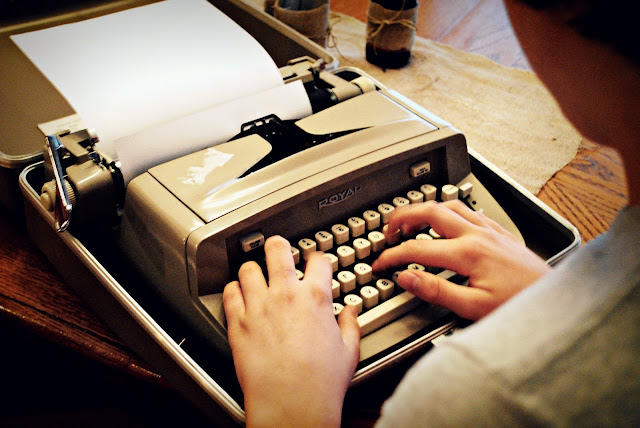